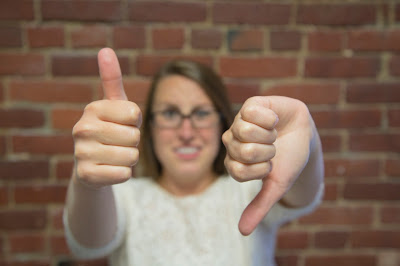 (This essay first appeared in Oregon Catholics, a private group from Facebook.)


It's not that I have anything against Facebook...  On second thought, maybe I do have a little something against it.  In many ways, I think it encourages some of the poorest dimensions of our culture: shallowness, pettiness, inauthenticity, and meaningless busyness--the antitheses of reflection and substantive work.  So much of Facebook to me really boils down to pettiness and silly acts of pointless reciprocation.  I'm friends with many who seem unaffected by its message, always upbeat and positive.  With me, though, it seems less than a positive influence, encouraging an unhealthy dynamic and distracting me from the important things, the eternal things.  For instance, why should we be encouraged to seek affirmations in the forms of “likes” or congratulatory observations?  If we are running the good race, what concern should we really have with what others think of us?  A young Catholic singer named Alanna Marie-Boudreau recently described social media with the following wise words. “We are fain not to admit that we've made God into a presence as vapid and illusory as the happy surge of emotion we feel when we see those little red notifications assuring us of our position in virtual society.” 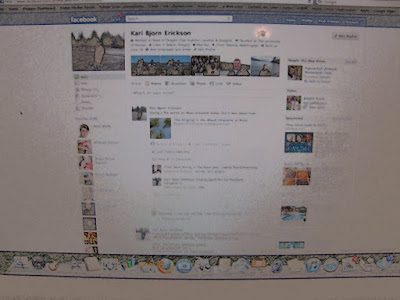 If you examine social media as it may particularly relate to what the Catechism of the Catholic Church refers to as “the formation of conscience,” it raises several serious concerns.  What influence may social media platforms like Facebook have upon the young, for instance?  In books like What the Internet is Doing to Our Brains, The Shallows by Nicholas Carr, the reader discovers some astonishing and frightening realities and statistics associated with the time spent within virtual reality; our minds, our very levels of concentration, are changing for the worse.  These changes may prove to be permanent in both a personal and cultural sense.  While the formation of one’s conscience is (probably) altogether different than our dwindling attention spans, it’s hard to imagine that the cause of social media, our virtual lives, won’t have an effect upon the way people interact and view each other.  Most of us have likely found ourselves sharing a particular item in hopes that its sharing would be well-received, eliciting those exciting “little red notifications.”  If this becomes a Pavlovian feature in any larger sense, then our very moral identities are at risk.

The following Catechism passage, for instance, reminds us that “the education of conscience is a lifelong task.”

1783 Conscience must be informed and moral judgment enlightened. A well-formed conscience is upright and truthful. It formulates its judgments according to reason, in conformity with the true good willed by the wisdom of the Creator. The education of conscience is indispensable for human beings who are subjected to negative influences and tempted by sin to prefer their own judgment and to reject authoritative teachings.

It is instructive to briefly examine three particular dimensions of the social media phenomenon as it stands before the blazing light of Holy Scripture and tradition.  The first dimension is humility.  In Luke 14:10, Christ teaches us to seek the lowest place of honor at the table.  What kind of teaching could be more diametrically opposed to the “me first” mantra echoed across social media?  Look at what I have is at the root of its purpose: see me, and not see Him.

The second explored dimension of social media for readers’ consideration is the evidence of moral decay and sin: moral entropy, if you will.  Isaiah 5:20-21, for instance, puts the reality of good and evil in perfect clarity and perspective within our daily lives.

In how many different ways do we see good called evil and evil called good within today’s culture?  From churches to the media, books could be written about these examples alone.  It’s one of the many reasons that led my own family away from the Episcopal tradition and into the Catholic Church.  Even across Catholic institutions of higher education, however, we see an Orwellian Newspeak taking root and beginning to flourish.  If you disagree with the administrative powers that be, you are likely to be isolated and ostracized—placing even your livelihood at risk.  A particular Catholic professor and friend just recently voiced serious concerns along these lines, and he’s by no means alone.  In this sense in particular, there are a multitude of ways that social media may both encourage and enable the muzzling and silencing of those critical, free-thinking voices.  After all, as C.S. Lewis wrote within his essay entitled “Equality” from Present Concerns, “when equality is treated not as medicine or a safety-gadget but as an ideal we begin to breed that stunted and envious sort of mind that hates all superiority.”

The third point to bear in mind is that we are not of this world (John 18:36).  We shouldn’t be endeavoring to be loved or admired, but to show the world what an authentic life lived for Christ looks like.  We’re all fallen creatures, requiring the redemptive sacrifice of Christ.  Yet, the social media mantra is that it’s all good; if it feels good, do it.  This suggests a person at ease with the world, rather than an individual moving on an entirely different course.  If our minds are set on the eternal, then we can’t be at peace with the world.   Christianity is not about bringing harmony between everyone, but about declaring the truth and salvation of Christ.  The tenth chapter of Matthew reminds us that the Gospel will pit father against son, family member against family member.  In a dizzying plethora of ways, Facebook reinforces the lie that belonging to the world is the most important thing, encouraging us to forget the price at which we were bought (1 Corinthians 6:20).

Facebook offers tremendously exciting ways to improve and facilitate communication, but it also comes with a unique set of potential dangers for the Christian.  While the mature follower of Christ may be able to successfully navigate this new moral territory, I am particularly concerned with the young users who rely daily upon social media platforms such as Facebook.  If the young person is not vigilant and informed, it may injure the education and formation of his conscience in profound ways.  If Facebook could be distilled to a moral code, the closest would seem to be moral relativism.  For this reason and others, I am seeking to disentangle my own personal life from social media one strand at a time, but this is easier said than done.  Rather than embrace the created, let’s endeavor to embrace the Creator with every word we say and…type.

Is Technology Making Us Rude

Living in the Present

Posted by Childrens Writer at 7:40 PM